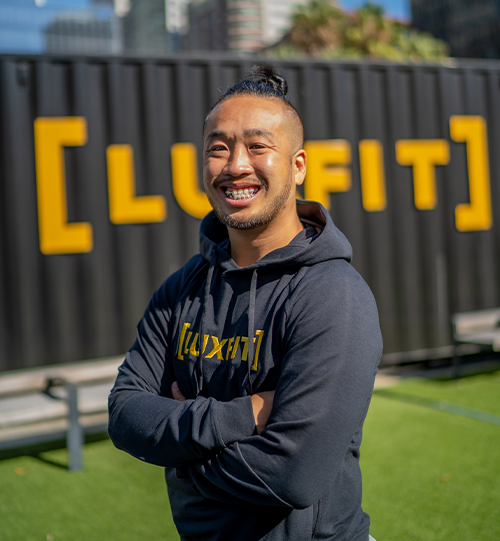 Daniel was born and raised in San Francisco.  He graduated from San Diego State with a Bachelor's degree in Kinesiology.  As a fourth degree black belt, his inspiration to pursue martial arts came from wanting to become a real life superhero!

Daniel  has been practicing and training since he was four years old.  After seeing his mother's success with her own personal training studio, Daniel decided to follow her footsteps and has been training clients since 2016.

Outside of fitness, Daniel is a die hard 49ers and Warriors fan, loves to travel, and enjoys live music!

[ Book a session ] START YOUR TRANSFORMATION